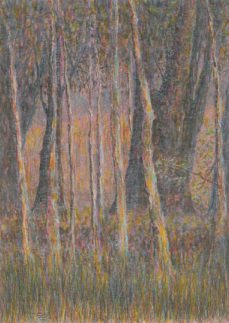 "Tim works to capture the unique beauty of California's north coast in the tradition of Plein Air artists who have painted, pasteled, and penclled this diverse landscape for more than a century. Tim lives in Sonoma County and devotes his life to the pursuit of art. His remarkable ability to frame nature anew combines his sensibilities as a consummate outdoorsman, a purveyor of natural light, and a master of his tools."

Sebastopol Center for the Arts

Reflections and Shadows - Sebastopol Center for the Arts February-March 2017

Plein Aire Show "On Location" - Healdsburg Center for the Arts

Past Juried, and Invitational Shows: